In 1973, thanks to a group of caring and compassionate individuals, Spruce Run (now Partners for Peace) became the first domestic violence resource center in Maine and the third of its kind in the nation.

Partners for Peace is celebrating 50 years of advocating on behalf of people affected by domestic violence in Penobscot and Piscataquis counties. In honor of this milestone, we are gathering 50 stories from survivors in our region which will be shared anonymously (or non-anonymously depending on the individual’s safety and comfort level) at our anniversary event in May 2023 and as a part of our ongoing Survivor Stories Project.

Help us tell our collective story as a statewide movement supporting survivors of domestic violence.

If you have experienced domestic violence in Maine (especially Penobscot & Piscataquis counties), you are eligible to participate. You are encouraged to express your story through art, music, a written response, or anything else that is meaningful to you. Stories will be accepted on a rolling basis until March 1, 2023. Your name and willingness to participate in the Survivors Stories Project will remain confidential if desired, but you will have the opportunity to share your name, portrait and/or participate in a video interview.

If you need help with safety planning or emotional support in sharing your story, please call our 24-hour helpline at 1-800-863-9909. It’s free and confidential. If you need assistance writing your story or help with any kind of accommodations, or if you would like to express your story through other creative means (poetry, artwork, etc.) please email Casey Faulkingham at cfaulkingham@partnersforpeaceme.org.

We will do our best to include all the stories we receive, though it is possible a story may be excluded due to time or other project constraints.

If you are a survivor of domestic violence from Maine and you would like to share your story with Partners for Peace, please complete this form. We are collecting stories from people who are willing to share to be a part of our Survivor Story Project which will be presented at our 50th Anniversary Celebration in Spring of 2023.

Below are two examples of survivor stories.

On a Monday evening Tessa’s husband Robert assaulted her. Just before the police arrived, Robert fled in Tessa’s truck. She was scared and didn’t want to stay at home without knowing if Robert would be arrested, so the officer brought Tessa to the police station to talk with her in a safe location and to connect her to Partners for Peace’s hotline. The officer made the initial call into the hotline and passed the phone to Tessa.

Tessa explained she was too scared to go back home so the hotline worker talked with her about Partners for Peace’s shelter. Tessa and the worker made a plan for her to stay in shelter temporarily. They also discussed a Protection from Abuse order (PFA) and how the court system and police could be a part of Tessa’s safety plan. The worker and Tessa also planned with the police so that she would know when Robert was arrested and when he was released. After one night in shelter Tessa knew that Robert was arrested and had not been released from jail. This gave her enough time to file a PFA and return to her home.

We worked together with the police and the court system to support Tessa and increase her safety. This type of community collaboration happens through Partners for Peace’s 24-hour hotline each week. It is the main way for community providers to connect, consult and work together in order to meet the needs of people affected by abuse in our community regardless of the time of day.

I have heard hundreds of survivors share their stories during my years working on the hotline, going to court, and facilitating support groups. Their voices echo within me, becoming one story resounding with fear, anger, sadness, and hope:

He is jealous of everyone. I’m not allowed to go anywhere without asking permission and then he interrogates me when I return. He puts down all my friends. I can’t even visit my own mother without a hassle. He checks the mileage on my car. He hides my keys. He won’t let me drive. He makes me account for every penny I spend. If I go to the store, he times me. If I’m late, there’s hell to pay.

He doesn’t hit me that much. He throws things. My things. He smashes his fist through the kitchen cabinets. He pushes me out in the snow. When he hits me, he acts as if nothing happened. He’s always sorry and says it won’t happen again. He says if only I didn’t push his buttons, it wouldn’t happen at all.

When I left, he followed me everywhere. He knows what I eat for breakfast, who I talk to, where I shop. I know he knows because he tells me. He leaves flowers in my car. He killed my cat and left it in the mailbox. He says he’ll do anything to get me back. Anything. He says if he can’t have me, nobody can.

The kids are all mixed up. They’re acting out at school. When they see him, he cries and says I don’t believe in marriage. He asks them what I’m doing, who I’m seeing. I wonder if it will ever end, if I’ll ever be rid of him. I’ve called the police when I see him passing by my house. They say they have to catch him in the act. They say I need a witness. I’m so tired of it all. I’m just so tired.

Some days I feel hopeful. I’m beginning to like being alone. I can talk to friends on the phone as long as I like. I’m looking for work and I’m taking a class. I’m not as dumb as he says. I’m really not. Sometimes I hear his voice in my head and it sets me back. I’ve got to work so hard to get out of bed. I’m trying to figure out who I am. Who I am without him. I know I’m someone. I know I am. 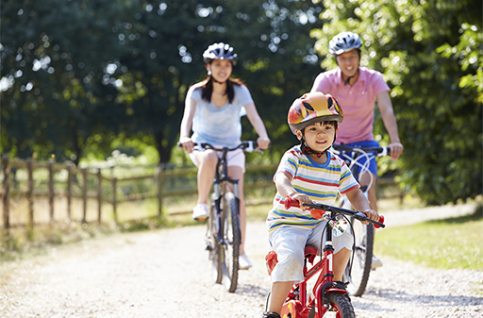 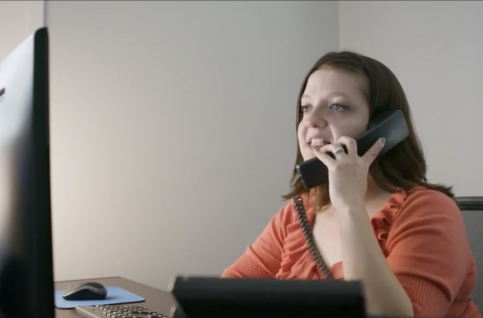 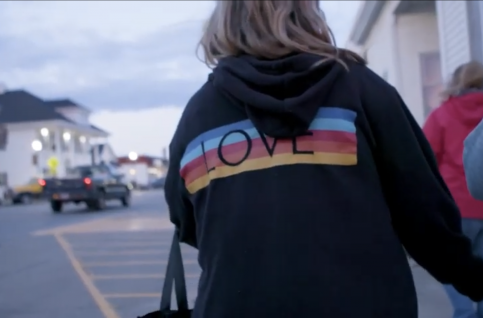