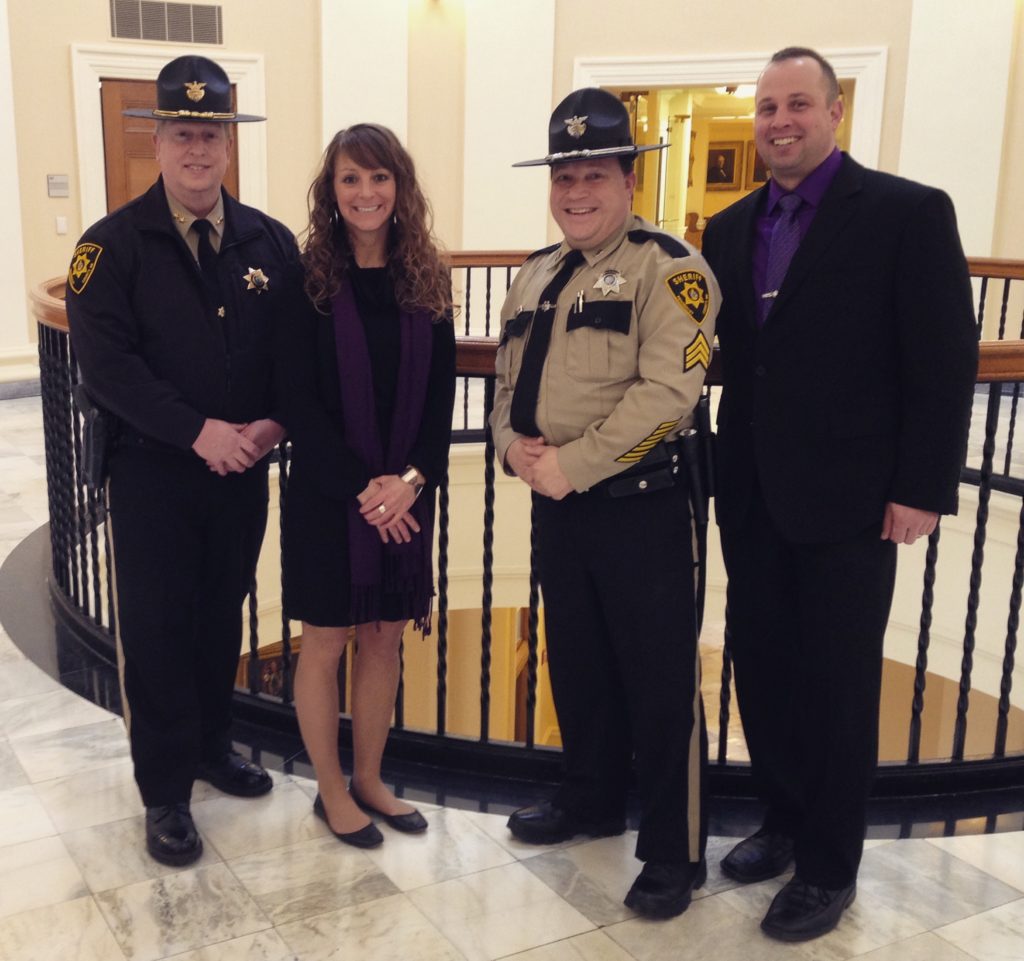 Bill to Enhance Safety for Victims of Domestic Violence Enacted

Partners for Peace issued a statement today on the enactment of LD 511, which was recently passed by the Maine legislature and quietly became law last week.

Partners for Peace, the domestic violence resource center serving Penobscot and Piscataquis Counties, recently hailed the enactment of a bill that is designed to improve victim safety by holding alleged abusers who violate their bail conditions accountable.

The bill, LD 511, was enacted on May 17th and was sponsored by Senator James Dill (D-Penobscot) and crafted with input from the Regional Domestic Violence Task Force.  The Task Force is a collaborative effort among Partners for Peace and area law enforcement, health care providers, and other professionals who interact with victims of intimate partner violence.

LD 511 closes a gap in the law which had permitted suspects arrested for domestic violence crimes to call their victims from jail without legal consequence because the accused abusers had not been formally notified of bail conditions which specified ‘no contact.’  Under the new law, those suspects may be notified of the conditions of ‘no contact’ upon arrest so that if they make calls to a victim, they may face additional bail violation charges.

Candace Sabol, the Partners for Peace Law Enforcement Support Advocate who provides specialized advocacy for individuals who are at high risk for violent and life-threatening domestic abuse, testified in favor of LD 511 in March.  “Several victims I have worked in the past year report receiving calls from the incarcerated batterer immediately following arrest, often within hours of the crime.”  In some instances, she testified, abusers can make repeated calls that include promises of retaliation for testifying or trying to cut off contact.

Francine Stark, Executive Director of the Maine Coalition to End Domestic Violence (MCEDV), also testified in support of LD 511, identifying it as one in a series of changes to the law that domestic violence advocates have been working for in order to enhance victim safety and support.  “The longer we are able…as a community, to prevent people who are alleged to have committed domestic violence crimes from contacting their victims, the more opportunity victims of domestic violence will have to connect with supportive family, friends, and their local Domestic Violence Resource Centers,” Stark said.

“This bill is the direct result of partnerships among law enforcement agencies, our organization, MCEDV, and the Maine legislature,” added Sabol. “We particularly want to recognize the efforts of Senator Dill, the Penobscot County Sheriff’s Office, Bangor PD, and Old Town PD.  This process has exemplified how working together to address safety gaps locally has a positive impact on the safety of all victims of domestic violence crimes in Maine.”